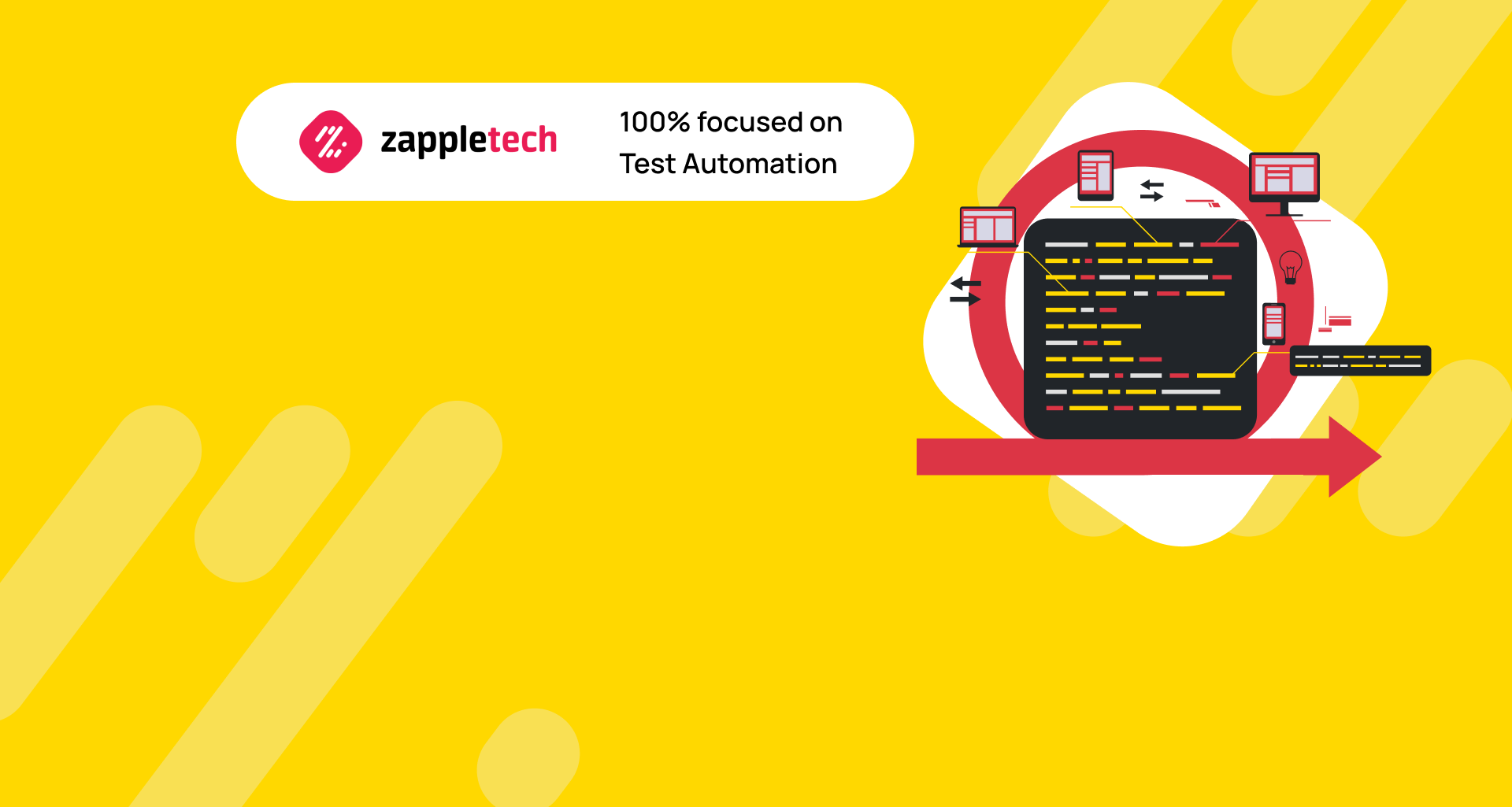 In-sprint test automation is widely used in Agile and DevOps methodologies. With a competent approach, it comprehensively checks functional elements and ready-made code blocks but does not cope with the task when the changes are made to the product during the sprint. Although it is an obvious drawback, it is solvable. ZappleTech specialists investigated problems in standard automation methods and provided solutions to some of them based on the results.

What is AT in the IT industry: efficiency without barriers

It’s been 50 years since IT specialists made their first attempts to create an advanced and logical model for developing digital products. During this time, methods like Waterfall, V, Incremental, Rad, Agile, Iterative, or Spiral were introduced more or less successfully. Each has pros and cons, but their main difference is product implementation and the philosophy of creating IT solutions.

Now the popular model for managing project roadmaps is Agile, which means “flexible, changeable, adaptable.” On its basis, the equally popular Scrum was created, distinguished by scaling and integrating several teams into one project. The second example of Agile’s success is DevOps, which incorporates the best practices of its ancestor but offers a fundamentally new way of working. Unfortunately, according to BMC, it causes difficulties for 50% of those who want to implement it.

The DevOps philosophy implies involving in the project team the performers and the leader as well as the customer. What does it mean for developers?

How it looks in practice:

Why does ZappleTech focus on two of the most popular methods? They most often use automatic detection of bugs in each cycle of product development. We mainly work according to the DevOps and Agile models, so we know everything about their advantages and disadvantages. Yes, it is a complex process that requires high skills for both QA and programmers. With the help of AT, the human factor is minimized, and each critical element is checked in various scenarios. Additionally, in-sprint test automation can loop indefinitely, checking the function for robustness and random bugs.

The main problem of agile methods is the lack of a clear understanding of the final result in the first cycles. While the Waterfall model had an organic structure with a linear work plan, then with Agile, the team must adapt to an ever-changing schedule. It does not cause problems in manual testing, but in the case of in-sprint test automation, constant adjustments are fatal.

Why is it necessary to keep in touch with the customer at every stage of product creation? Usually, customers do not understand product needs, so they make edits during work. The priorities change weekly, forcing IT specialists to change the vector on the run and adapt to new tasks. The QA team also has a hard time because in-sprint automation is not easy to rewrite for a new scenario.

Solution: Join the daily/weekly discussion between the client and the lead project. Constant communication relieves the team from worries during the sprint, as there is no need to edit cases and tools. Also, it is easier to make reports at the end of each cycle if all participants are aware of the results of the company’s departments.

Unlike manual, in-sprint test automation requires careful preparation before launching. Since you need to test both the values and the interface, writing cases and scenarios is delayed, leaving less time for testing. As a result, some elements are ignored for the sake of priority goals.

Solution: start preparing for in-sprint automation at the very beginning of each cycle. Make an example of a scenario and add tasks gradually. This process should take no more than ⅔ of a sprint so that the automated test has time to check all vital blocks before the end of the sprint.

Each development cycle ends with the introduction of a new feature of the road map. Of course, when writing and editing code, some of the old blocks may change. Regression testing is used to check the performance of all elements. Manual checking takes a lot of time, distracting QA from current tasks. The most logical way is to automate this process and run it simultaneously with in-sprint test automation.

Solution: at the beginning of the sprint or between them, adjust the early scenarios and include the changed pieces of the product in the cases. Thus, you introduce simultaneous testing of the previous and current functionality. It is a vital part of successful in-sprint automation.

Firstly, identify priority tasks. As a rule, development begins with critical project functions: design, CMS, CRM, and programming the product base. Start checking with them because additional modules like payment systems and integration with social networks are better to implement on late pre-release stages.

Solution: Develop a test roadmap before the start of the sprints. Involving the customer in this process reduces edits and does not shift priorities. For successful automation, it is important to have a complete understanding of the work of each link of an IT company.

The clearer and simpler the code, the easier it is for both machines and the developers to perceive it. The situation is similar in testing. The priorities must be determining the relationships between design, front-end, and back-end components, describing them in cases, and structuring them in the test scenarios. Otherwise, the probability of an error will be extremely high.

Solution: development of the layout before starting work. The main reference point should be proposed scenarios of usage. The visualized blocks with links help to define the necessary mechanics of in-sprint test automation more accurately.

It happens that a developer or QA specialist suddenly leaves the project during a sprint or in between development cycles. The problem arises when an outside IT specialist comes and continues the work of this employee. Programmers and testers write cases and code in their unique styles, which sometimes are not understandable even to experienced colleagues. As a result, you have to start all over again or waste time trying to understand how it works.

Solution: before the employee leaves, ask him to leave notes on the work performed or train the new specialist. It will save time for the whole team.

How to simplify the life of a QA specialist

To optimize in-sprint test automation, you need to:

We are well aware that the threshold for entering in-sprint test automation is very high, and the results will be very mediocre without a decent background. If you need additional advice or professional help, feel free to contact ZappleTech! The company’s managers will provide information and offer high-quality QA in a short time!