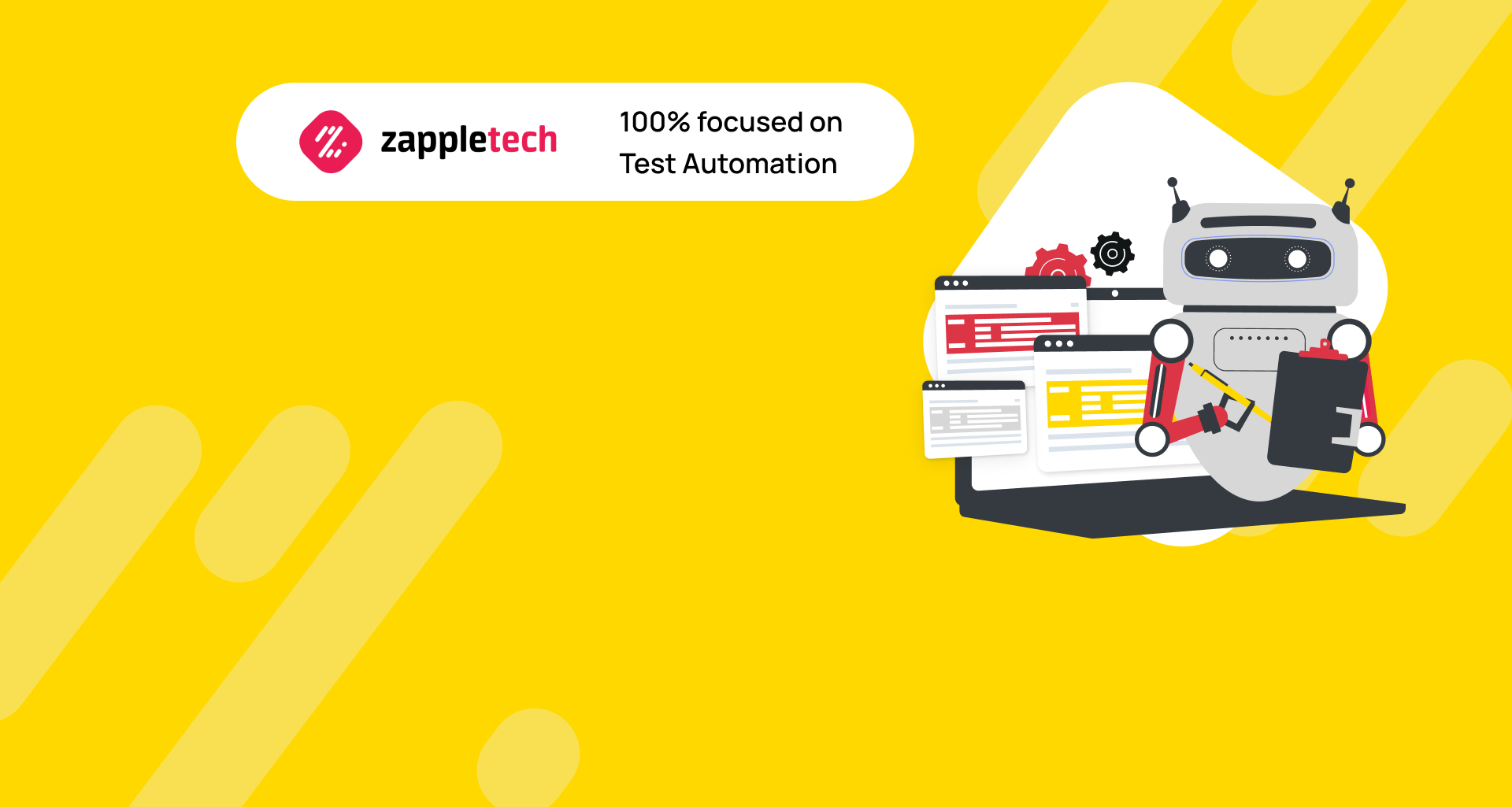 In this blog, we will be discussing what is behavior-driven development, its benefits for software development and the tools to implement it in your project.

What is behavior-driven development?

Behavior-driven development (BDD) is an Agile software development methodology in which an application is documented and designed around the behavior a user expects to experience when interacting with it. It helps to identify not only what the desired behavior is, but also how to accomplish that behavior.

Behavior-driven development is centered around the interactions between people and software. It uses a collaborative process that is focused on communication, collaboration, and teamwork.

In BDD, the teams define the business requirement of a piece of software in a way that the developers can clearly understand and communicate. That way, the developers can begin the process of determining what needs to be done and start working on it.

The software requirements are defined in such a way so that non-developer staff could understand them as well. This helps the stakeholders to understand the business value of a feature and facilitates the creation of specifications and APIs.

In order to do this, developers create stories or use specific language to describe the behavior of the system before it is built. This allows the developers to work with the product owner so that the requirements are clear to everyone.

Test-driven development (TDD) focuses on the components that make up an application, not on larger features or how the components work together. This means that there is no way to know if two components might not interact successfully to deliver the intended behavior.

The component itself might behave perfectly, but without an interaction test, the user might see something wrong. Behavior-driven development has a focus on the behavior of software, which is the intended output of a system. With BDD, you are able to write tests to ensure that the behavior is as expected.

On the contrary, BDD is oriented toward the features being developed. It aims to ensure that all the features on the client side perform as expected.

Pros and cons of BDD in the software development process

We have already learned, how BDD is working, now it’s time to see its strong and weak points.

Below are some strong points of behavior-driven development that will assist the engineering team in developing a new project.

BDD helps teams to design software in a more collaborative way. Team members describe the behavior of the software, and then the code is written to implement those steps. As a result, the whole project team has a unified understanding of the expected product behavior.

Automating acceptance tests for all the expected user scenarios is one of the key benefits of BDD. When the business is involved in the process and is able to test as the development team does, the quality control costs will reduce.

Behavior-driven testing allows for the team to come together and talk about the functions and behavior of the product that are expected to be completed. This allows for a more accurate task estimate for the project because it is given to the team before the development starts.

BDD helps a team to focus on the desired behavior of the software rather than the implementation. This focus helps to avoid bugs and maximizes the user experience. BDD forces a development team to have a conversation with users to understand and prioritize what they want.

Creates living documentation
Behavior-driven development helps developers understand where the code is headed and what it will do by creating living documentation as you go. This takes the form of executable specifications that are generated from scenarios and tests that are run on the product. This allows for better testing and faster iteration and faster learning for new team members.

With all its benefits, BDD has some peculiarities that can affect the efficiency of the development process and that need to be taken into account.

Behavior-driven development requires teams to develop a comprehensive list of scenarios for all the people involved in creating it, including the product owner, stakeholders, developers, testers and end-users. Creating and maintaining scenarios and tests for a large team can be time-consuming and difficult to maintain.

BDD doesn’t work well for small teams. Some developers have the need to have a lot of conversations with a tester and project manager before taking on a project. This can be time-consuming and frustrating for all involved. If this is the case on your team, it makes sense to simply create the tests after you’ve put in the framework, instead of having a lot of discussions with a tester and project manager before coding.

The concept of behavior-driven development works best before any code is written, which means that it would be a waste of time to start implementing it when you are in the midst of a project. You should start thinking about and writing scenarios and tests when you have the client on board and have already done the research.

Let’s consider some tools that will help you to establish BDD in your software project. 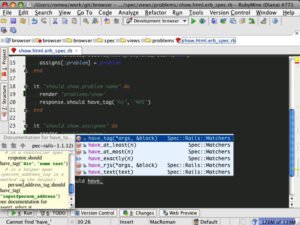 RSpec is a testing tool that is used by developers for behavior-driven development. It is used for writing automated tests for Ruby, in order to make sure that a class of code is behaving as expected, and that it is not a source of bugs.

RSpec allows you to write code with “describe” blocks, “it” blocks, and “expect” blocks. These blocks are used to describe what the code being tested should do, what “should” happen when it is run, and what is “not” supposed to happen. These blocks are then run against the code by the RSpec runner, and if they pass, the test passes. After the test passes, you can use “context” blocks to write more code which will run automatically when the “describe” block has been run. 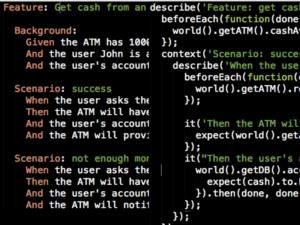 Cucumber is an open-source tool that supports behavior-driven development. It is a powerful tool for software development and testing. Cucumber supports the Gherkin language and is used to describe the behavior of the software being developed. Gherkin is a natural language that allows people to describe what they would like the software to do. 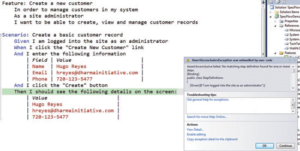 SpecFlow enables teams to create a specification of their feature and automate the automation of the testing that ensures that the requirement is fulfilled.

The framework is largely an alternative to running regression tests on your code. It is intended to work well with agile development, integrating acceptance, functional and unit tests into a single continuous integration process. In JBehave, you write stories, which are executable test scripts that you can use to exercise your software. Each story is a single test, which describes the behavior of the system under test and the conditions that trigger that behavior. 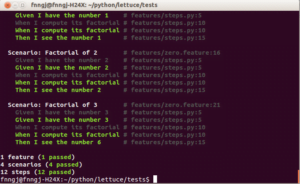 Lettuce is a BDD framework similar to Cucumber, but for Python. It has been designed with the sole goal of making it easy to understand test cases and automate them across 2050+ browsers. Lettuce is known for its simplicity, as it doesn’t require any external dependencies, and it is simple to get started.

Lettuce is made for Python, so it will work out-of-the-box on most Linux environments. It is also compatible with all the major Python libraries, including Django, Flask, Pyramid, and more. Lettuce is not just a framework, it’s also a testing tool. Lettuce comes with two different tools: the Lettuce executor and the Lettuce web server.

We hope you enjoyed our article about behavior-driven development. We know that doing a good job with creating an application can be difficult, and this method helps to make it easier. We also hope that you can use what you learned today to create your own application! If you have any comments, questions, or concerns, please do not hesitate to reach out to us. Thank you for reading, we would love to hear from you!