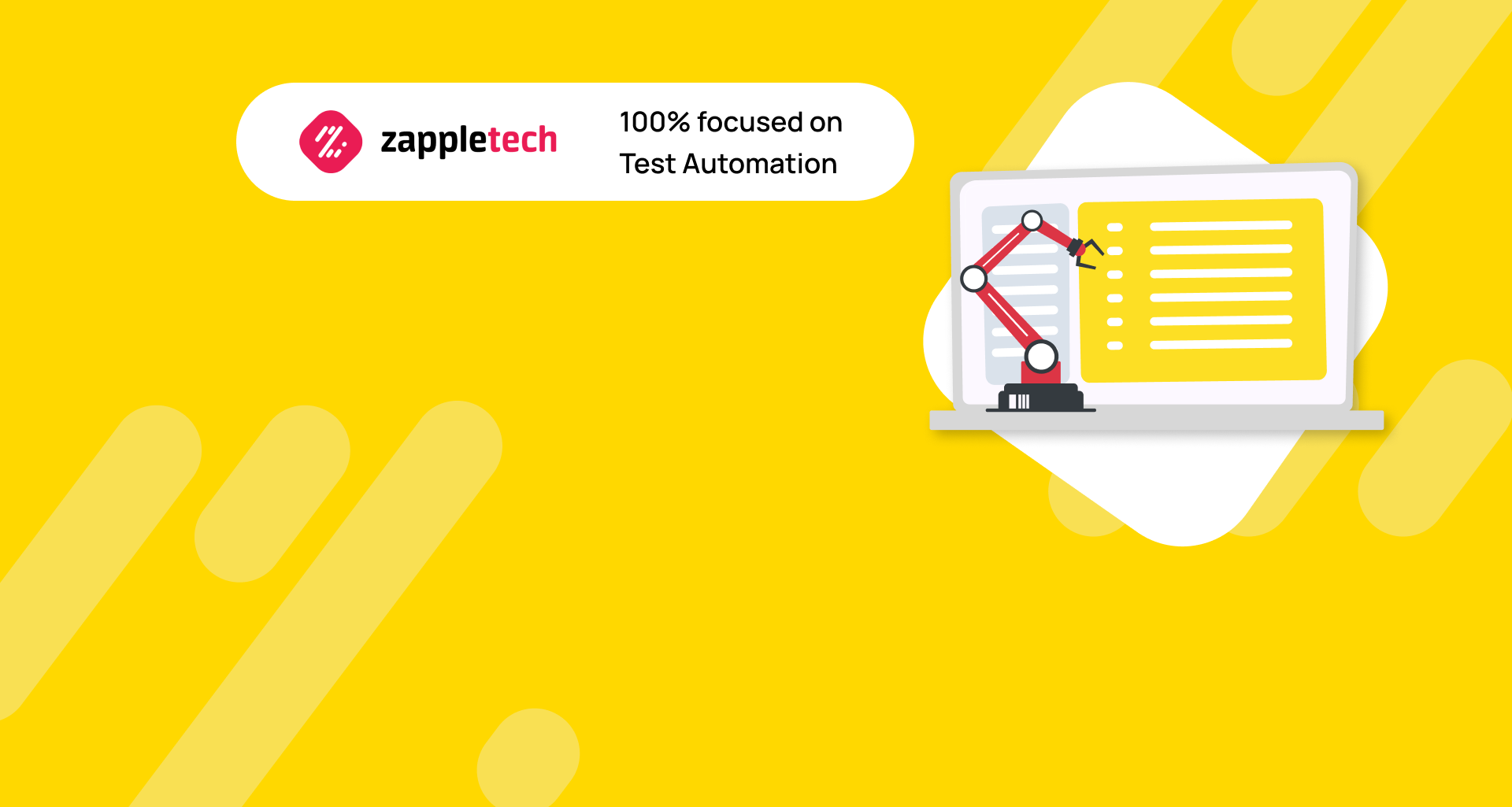 Modern software is a complex system uniting plenty of components. They must work smoothly and perform the functionality written in the specification. The software development process is complex as well since it combines numerous technologies, departments, and professionals.

Testing is a big area, uniting a wide amount of techniques and tools. There are two main types: automated testing and manual testing. In this article, we will analyze both of them and tell you about the differences and benefits of automation testing over manual testing.

In manual testing, the QA engineer describes several scenarios and manually executes particular inputs and actions to test the response of software.

Test automation engineers write the scripts and use the tools to prepare the test cases. After the launch, the automation tests execute the steps that automatically verify the scenario. Though the testing process is automated, it still requires manual work to create the testing scripts and configure the tools.

Both these testing types have advantages and disadvantages. For the best working efficiency, it is better to know, which cases suit better to manual and automated testing.

Every software product is tested before seeing the world. QA engineers are trying to spot the bugs before the release, but some of them escape and reappear. Test automation is one of the best way to increase the efficiency and test coverage of your software.

The advantages of automation testing over manual testing — higher speed, saving costs, a higher percentage of spotted errors. However, it is not yet commonly adopted. 34.53% of surveyed QA engineers said that their companies have automated more than 50% of testing processes, and only 12.48% are at the finish line. 17.26% of companies are just starting automation and 7.52% have no automation at all. 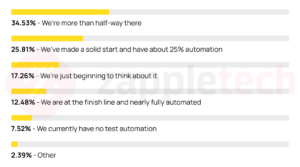 Let’s speak about the benefits of automation testing in more detail.

With manual testing, the human goes to each application screen, tries different input combinations, compares the output to the expected one, and records the observation. So, manual tests consist of similar actions that must be repeated upon each change of the code, testing the app behavior in different environments and configurations.

With automated testing, the human uses the software or writes the script that performs the above-mentioned operations automatically.

As the result, manual testers spend time on each operation, while automated tests require human work only for writing the scripts or operating the testing software. All the repetitive operations are automated and will take only several minutes instead of several hours of manual work.

The manual tester can run a limited number of tests in a time unit. The scope of possible manual tests is limited as well. With automation testing, it is possible to write new tests, covering more complex use cases and add them to the test suite

Using automated testing, you can increase the number and depth of the test scope. The testing scripts can see the content of the application, the data and the internal functions and determine the product behavior. The number of test scenarios that can be executed by automation testing is almost unlimited. This provides the level of test coverage that is impossible to achieve with manual testing.

The test cases are repeated during the different development cycles — each time after the code is modified, in different environments and hardware configurations. It’s costly and time-consuming to run over the tests manually.

With automated tests, the engineer writes the script one time and reuses it during the entire development cycle at no additional cost. Sometimes, it is even possible to reuse the test suit even in a different project.

Although setting up the automation testing might be expensive at the initial stage of the project, it is more cost-effective in a long run.

A manual tester can run the tests only during the 8-hour working day, but the QA automation engineer will spend 8 hours creating a script, and it will run the testing during the remaining 16 hours for no additional costs. The authors of a white paper calculated that introducing automation testing reduces the cost of each test hour from $78 to $17.54.

The later the bug is found, the more expensive it is to fix it. Since automated testing increases test coverage, there is a higher opportunity to find a defect at an earlier stage, and this is a direct financial saving for the company.

As was already mentioned, it is necessary to run the tests after each change of the source code. The automated tests can be run all day long and process more cases in a time unit. Due to this, the software development cycle reduces, and it is possible to quickly make changes in the software. As a result, switching to automation testing reduces the product time to market.

With monotonous manual testing, there is a bigger possibility of making a human mistake, especially in complex scenarios.

On the contrary, automated testing gives nearly 100% of accuracy and log each executed action. Besides, it not only shows the fact of a mistake, but also gives an opportunity to see the contents of the application, the data in the table, and other internal files. This helps not only spot the mistakes but also to determine, what exactly has gone wrong.

An automated test provides such features that are impossible to execute with a manual. For example, the QA automation engineer can create a script simulating thousands of users interacting with the application. It will help to check, how the app works under the high load, and it’s impossible to perform manually.

Automated control at all stages

The automated tests can help the developers to spot minor issues quickly before sending the app to the QA department. The testing script can run automatically once the code is changed and provide immediate feedback in case of failure. The developers can fix the issue instantly, and the QA engineers will do deeper testing.

Automating routine and repetitive tasks with the help of software will allow your team to work on more challenging tasks. The developers and QA engineers will improve their skill, confidence, motivation and this will have a positive impact on the entire teamwork.

When is it better to use manual testing?

Manual tests are executed directly in the application, simulating the actions of end-users. Despite the growing trend on test automation, manual testing is still important in software development. Now we will speak about the advantages of manual testing over automation.

Automation testing requires more investments at the initial development stage. This is cost-effective at a longer distance, but not in the case of small projects without complex features. In this case, the expenses of setting up the automation exceed its value, and it is better to choose manual testing.

Whether the application will be successful, or not, will depend on its usability. So, UI\UX testing is a mandatory part of software quality assurance. It is impossible to conduct it with the help of automated tests — they detect coding errors, but they don’t have human thought. The script is unable to give feedback on how the user interacts with a particular feature.

Everyone knows that automated tests provide a higher coverage rate. Yet, there are scenarios that can’t be automated by their nature — for example, mobile applications with a big amount of tapping interaction or captcha verifications.

This type of testing supposes instant discovery of the project and its functionality. Exploratory testing isn’t logged in a test plan and supposes creating the test cases in mind and their instant execution and modification. Its goal is a deep study of product functionality and quick spotting of bugs. The results of exploratory testing can serve as a basis for further scenarios.

The efficiency of the exploratory testing directly depends on the tester’s creativity and product knowledge. They will help them to identify the bug aggregate and predict possible risks.

This is fully improvisational testing that doesn’t have any documentation and test plan. It can be confused with exploratory testing, but the latter is a more structured one. During exploratory testing, the QA engineer has a plan in mind, the goal, and the system of the testing process.

Ad hoc testing is run when there is no time for successive testing. It will make sense only if the tester has general information about the product and understands its structure.

Having read the article, you are now aware of the benefits of automated testing over manual testing and of the use cases for both of these types. Although automated testing is the growing trend and the future of software development, manual one is still in use and there are still cases when it is the best choice.

If you have a project idea for implementation, contact our specialists to book a free consultation. We will explore the possible variants and offer you the best conditions. 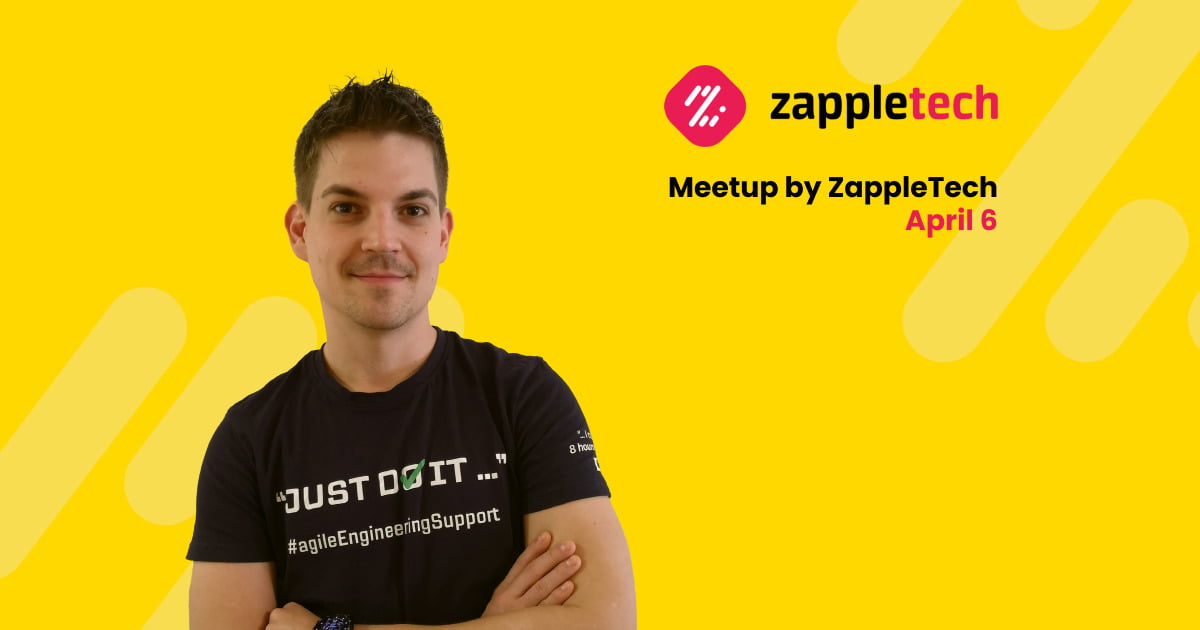