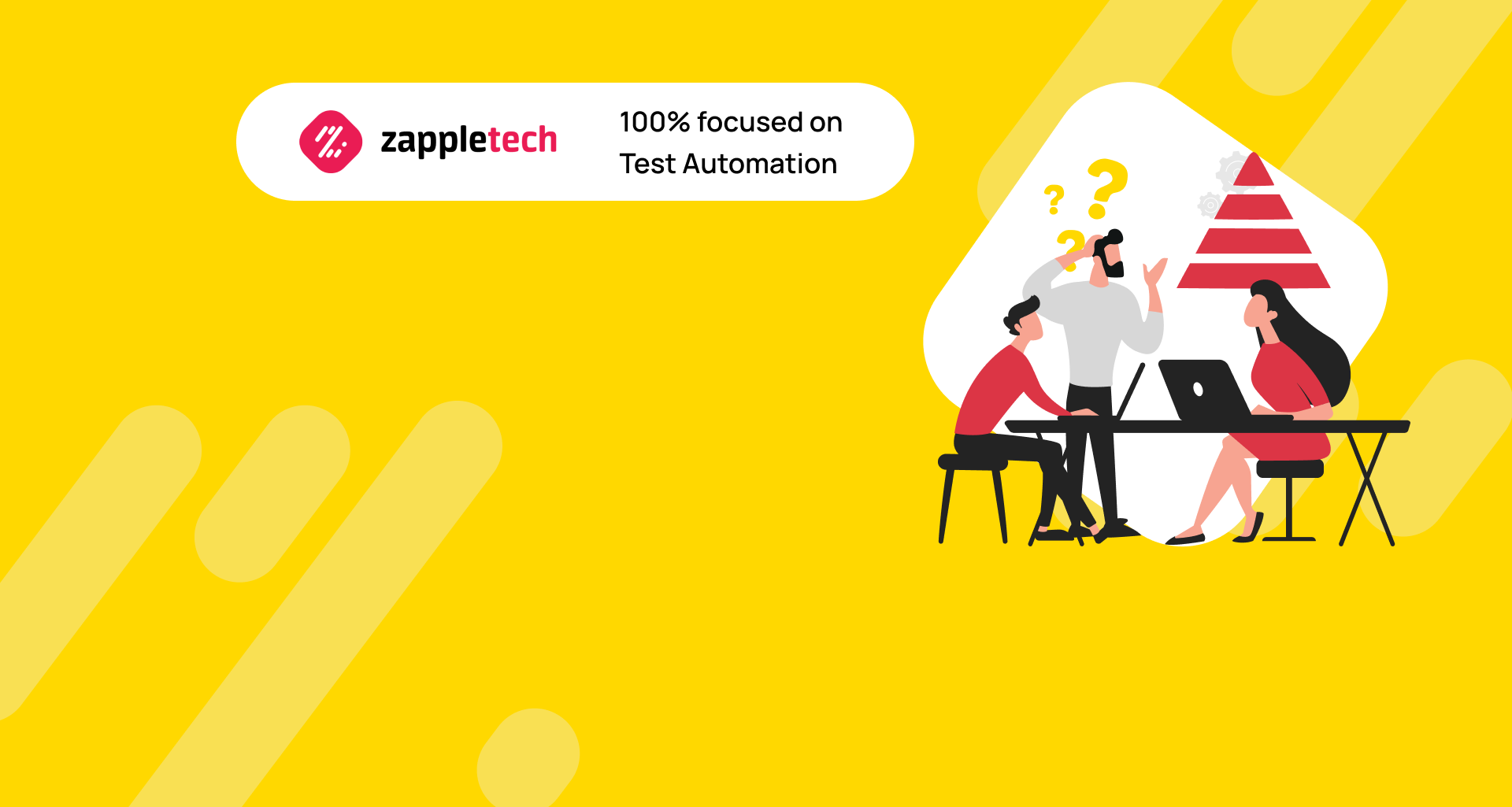 Can we overestimate the importance of automation testing, especially if we strive to develop a genuinely high-quality product? Therefore, an equally important issue is optimizing this process and its structure.

Therefore Mike Cohn proposed the concept of the test automation pyramid. He described this method in his Succeeding With Agile. This concept includes three categories of software tests that brought significant benefits in development.

So the developers began to produce higher quality IT products with less energy and time consumption thanks to the software testing pyramid. But is this statement enough to describe the whole concept? Let’s understand the concept of pyramid testing in more detail!

So, in short, the pyramid of testing is a framework that can help you create high-quality software while reducing the time for testing code or bug detection. It can also help you create a quality test suite.

It’s is a metaphor that refers to grouping software tests into different levels. It also gives an idea of ​​how many tests should be in each group.

There are also opinions that this concept is insufficient. Someone even claims that these aspects are unfinished, making the test automation pyramid seem oversimplified.

For instance, the test automation pyramid has not even three but five main levels. So, end-to-end testing and Exploratory / Manual Tests are also added to the top branch. But it all covers the same top level. 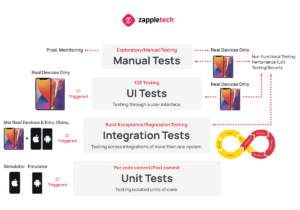 If we consider in detail, we are talking about three basic levels of the pyramid. By the way, it has some pattern: the higher the level, the less testing. Therefore, the lower level of the pyramid involves many tests, but they are automated. At the same time, the top-level is for manual testing and scripting.

The Base Level of the Pyramid Testing: Unit Tests

These tests are small and should ensure that isolated blocks of code work properly. They test only one variable without relying on any additional ones. What benefits and features hides this software testing pyramid level:

Unit tests are best used for devices on simulators and emulators (virtual devices). It provides the feedback you need, detailed reports, and simple fast and time-saving testing.

The first difference between these tests and modular ones is that CI runs them. They also involve the integration of more than one system. So, you have more features and different types of testing to cover manually:

At the same time, acceptance testing is possible for virtual instruments. Therefore, you must strike a balance between real and virtual devices — this will help you create high-quality builds and tests.

This category in the QA testing pyramid includes user exploratory testing and user interface testing. It also means that they are performed manually and take more time, but they involve a much smaller number of tests according to the pattern. So, to summarize this level, we can say the following:

The top of the pyramid of testing also assumes only real devices, not virtual ones. They are necessary for end-to-end and exploratory testing to better simulate real users’ devices, detect defects under various circumstances: application conflict, network problems, other problems.

The inverted pyramid is considered not recommended, although this approach is found in practice. There’s no surprise that this concept isn’t popular:

It’s more like an anti-pattern that some use to visualize test ratios in end-to-end testing.

What Structure Have These Test Categories

There is a good mnemonic for remembering this structure, as the principle of three A’s stands for Arrange, Act and Assert. Other mnemonics rooted in Behavior-Based Development (BDD) may also be used.

This pattern can be applied to other higher-level tests as well.

It is worth noting that the testing pyramid in DevOps is a reliable and practical system. It will speed up your work, contribute to developing a quality product, and avoid many mistakes. Unless, of course, remember a couple of main principles:

Also, try to avoid test duplication and ensure that the higher-level test focuses on the part that the lower-level tests cannot cover.

In each case, they ensure that the tests remain light and readable. Also, tests written with this structure tend to be shorter and more expressive.

Test automation pyramid streamlines all testing processes by dividing them into three (or five) categories. This framework provides effective time management and gives testers a time-tested blueprint for shaping their projects. It also organizes all testing by levels and purposes.

So, unit testing is a basic level; it is fully automated and is applied on virtual devices. At the same time, the top-level involves manual testing with fewer tests, but on real devices.

It can be a great tool to improve your productivity, offload your team. You only need to write the tests correctly or entrust this question to the pros.

Zappletech is a team of masters of all aspects of automation testing. We have 40+ completed test automation and infrastructure projects for 6 years of experience and keep improving our service. We give you confidence in software quality and clear results without delays.