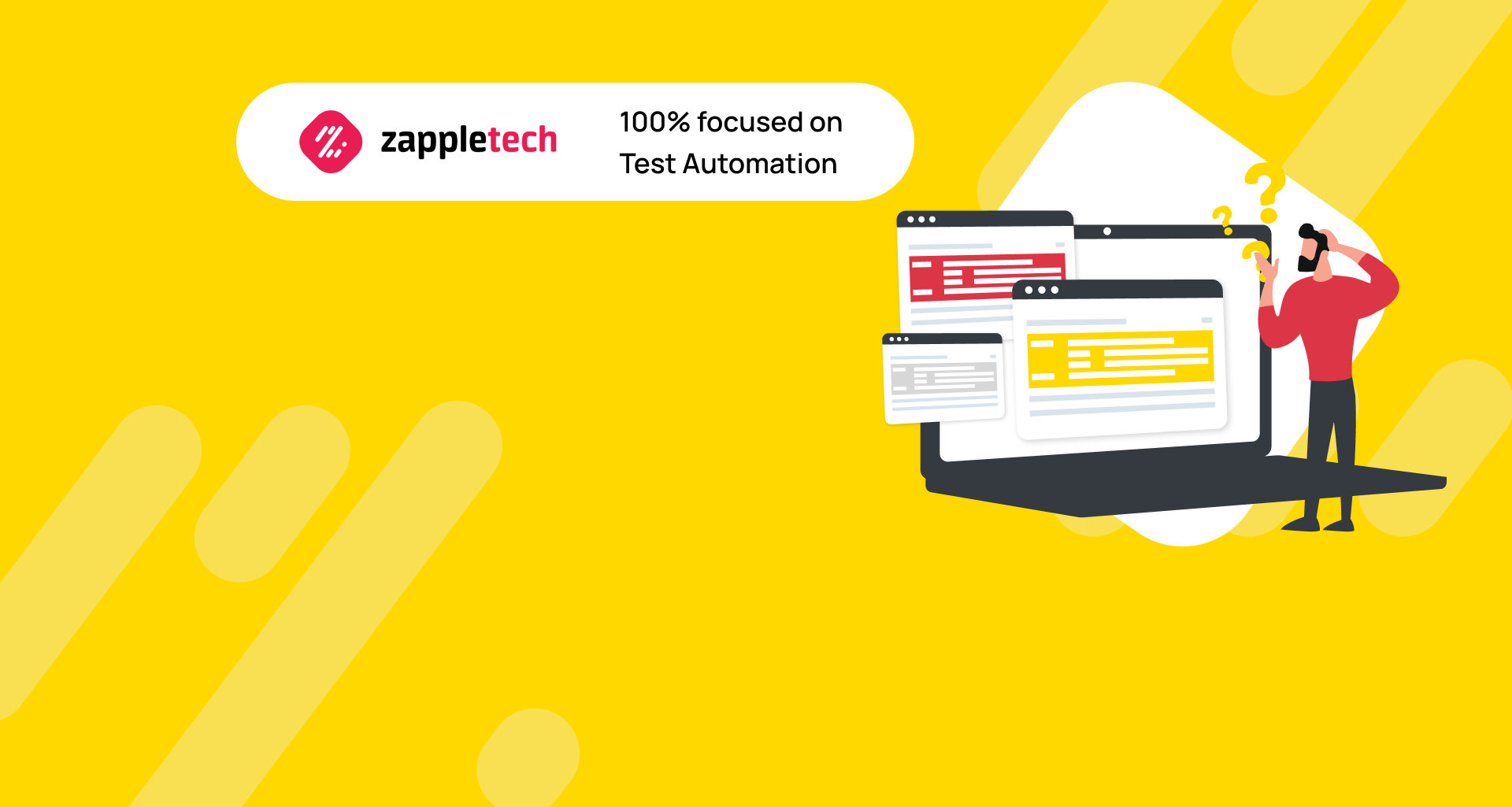 According to StatCounter, the demand for PC software is about 43.48%, which indicates the need for desktop developers in the IT industry. One of the main problems in software development is bugs found at the release stage. The only ones who can optimize the product quality are SQA specialists, or simply testers. It’s obvious that the QA industry has changed a lot over the past decades.

Initially, the development methodology did not allow for quickly tracking bugs and fixing them during sprints. Additional resources and time were spent, and testing was performed mainly by programmers themselves and not outsourced. Of course, it negatively affected the quality of final products. With automated desktop apps testing, most routine processes have faded into the background, but new problems and challenges for QA personnel have appeared.

The ZappleTech expert team analyzed the QA services market and prepared for you a short report on effective working methods. In this material, you will learn how to automate test desktop apps and which tools are best used for this purpose.

The history of QA: from the Stone Age to modern methods

Let’s remember the testing process in the 1980s, 90s, and even in the early 2000s. It all started with the classics, namely the Waterfall model, which was replaced by more modern Scrum and RAD. They all brought a lot into the SQA process. Let’s consider their features and testing methods:

Waterfall: testing is provided after the completion of each module. If bugs are found, development stops until the problem is solved. After this, the product is integrated into the finished system and released. As a result, compatibility issues may occur. They can be resolved after the release only.

Scrum: The testing process starts from the first days of development. It is synchronized with the sprints of programmers and designers and helps to quickly fix bugs without waiting for the project release. The main disadvantage is the dispersion of the QA team’s forces for testing, making cases, and communication. The staff often makes mistakes because of overwork.

RAD: since application modules are developed simultaneously, the QA team is divided into groups that check the entrusted area for errors, communicating with programmers. Everything should be retested before being integrated into a common product. After the release, a multifunctional test checks the performance of the entire application.

Although the methods are different, the main purpose of testing does not change. Optimization of user experience and performance of the final product is a priority task for QA specialists. The quality of the released application depends only on their care and thoroughness.

Technologies evolve, and methodologies too. With the transition from Waterfall to Scrum, and then to Agile and DevOps, developers managed to effectively establish the responsibilities of all team members and delegate some operations to third-party contractors. A lot of time has passed, but the basic principle of QA testing remains the same.

Now the responsibilities of testers include:

At the same time, the QA process is almost identical both for startups with a small budget and for large companies with strict product requirements. The trend is user experience, which means that the teams of testers focus on the software functionality, logical control, and operation of the interface under normal conditions and deviations from standard scenarios.

What is automated desktop apps testing

If you are interested in QA and desktop software, you know that the testing process includes manually checking each component for defects. Now the industry is looking at techniques from young but promising market players, i.e., web developers. Their scripts for automating routine checks are gradually integrated into programs, modernized, and developed.

The more complex the software, the more resources are involved in testing it. With modern tools, this process is packaged into compact scripts and run in cycles. It is called automated desktop apps testing. To automate QA, you need a background and understanding of tools, a programming language, and a little imagination and creativity.

How testing affects the final quality of an IT product

There is a statement that has become the axiom of testing IT products: “The more bugs are revealed during the development, the less money will be spent on fixing them after release.” We agree with this. We have been providing QA services for a long time, so we know for sure the cost of fixing the software after release.

It is difficult to single out common instructions for automated desktop apps testing because it involves many programs that contain different algorithms and commands. Nevertheless, the common things can be noticed, for example, preparing for testing, generating reports, etc.

Let’s walk through this procedure step by step:

As a result, bugs must decrease to zero. The tested section of the program connects with the main body, and development continues.

Note: all tools in this top are the best in QA. We cannot assess their ranking since everyone is better at solving particular tasks. They all are universal assistants for advanced testers, and they are very loyal to newbies as well.

So let me introduce the best tools for automated desktop apps testing.

A versatile tool for testing desktop applications. It copes with popular programming languages: C#, Java, Python, or Ruby. It is based on the classic WebDriver, so there are no obstacles to entry for Selenium and Appium users.

WinAppDriver is a powerful tool for testing classic desktop applications on Windows. It requires programming skills and a lot of experience in automated desktop apps testing. Recommended for professionals and IT enthusiasts. 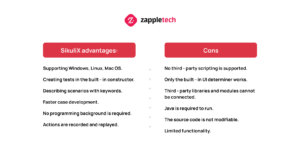 SikuliX is a multi-platform tool for automated desktop apps testing. Its functionality allows for fulfilling assigned missions and checking the interface of the tested software. We believe that the main disadvantage is the closed platform structure because the standard set of commands often lacks some features when creating scripts.

The lightest and most simple program on our list. Its main goal is to automate testing of the visual interface of Windows software. 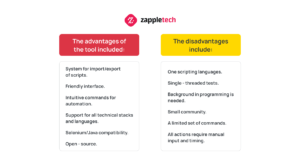 AutoIt is a great tool for automated desktop apps testing. Despite its venerable age, this old fellow is still in-demand among many QA teams, including ZappleTech.

The developers refer to this product as Selenium for Windows. This tool works with the popular WinForms and WPF frameworks, providing good integration with native solutions. The program is adaptable to individual requirements and is deployed both on-premises and in the cloud. 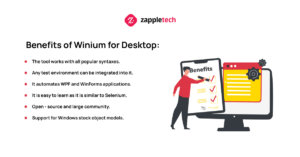 Disadvantages of the software:

Winium for Desktop is a good solution for advanced QA professionals. Its functionality allows you to automate testing of Windows apps, and its similarity to Selenium simplifies work. Despite obvious problems, the tool is in demand and is used by most quality control experts.

QA: the art of fixing problems

We hope you enjoyed the article on how to automate test desktop apps. Our team explores the IT industry looking for new solutions for QA specialists. We are interested in qualified personnel in the IT market, so we are happy to share with you trending content from the world of high technologies. Do you have any questions about the topic? Write in the comments, and we will try to answer everything.